Life, The Universe and Everything 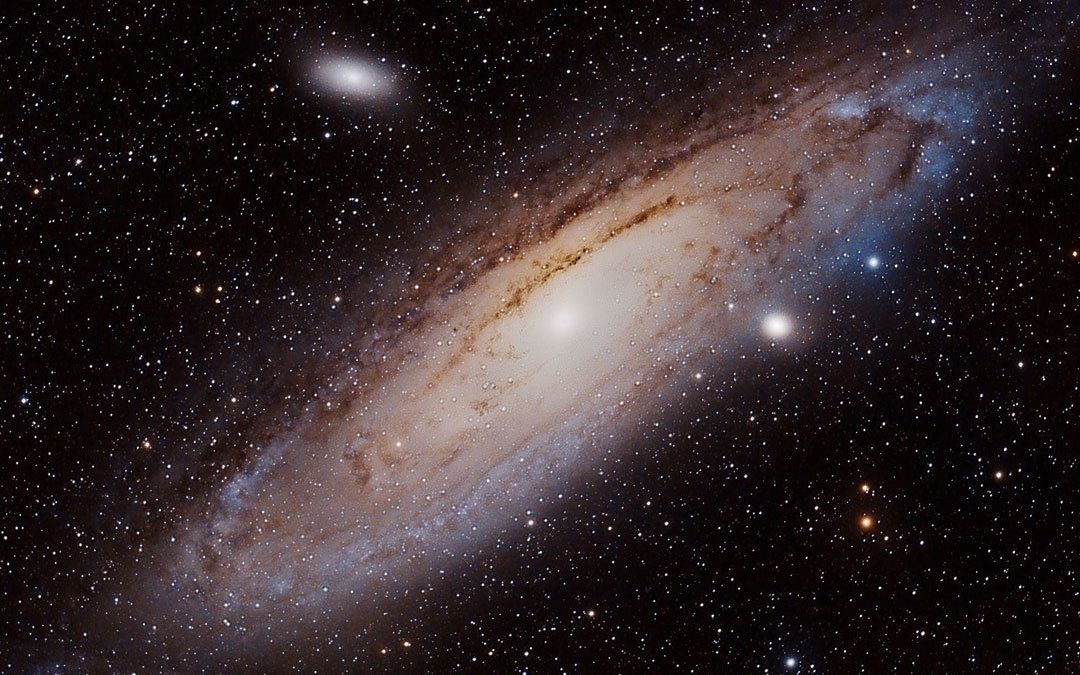 Life has many twists and turns and many things seem unfair and harsh. On planet Earth we have a very primitive society, even though technologically there have been huge advancements over the last 200 years, that have brought us many modern conveniences, global communication networks and automations of many kinds. Yet, technologically advanced does not mean Highly Evolved as a society. So why is this distinction important?

More advanced weapons do not equal progress in the wrong hands, simply substitute “technologies” for the word “weapons” in this statement. We are talking about wisdom. Wisdom could be defined as understandings that are useful in aiding one most practically to best realise one’s ultimate agenda. So, wisdom contains a degree of usefulness or a value. The greater the value the more useful the wisdom or understanding has at assisting you to realise your objective.

So What is Life’s Objective?

Life’s objective is to Evolve.

This can be observed through science. Look at Charles Darwin’s work on the Evolution of Species, this is a work in progress as a concept, the key element observed is that evolution seems to be a fundamental driving force. If you look at Quantum Physics at the work that examines Systems, which everything in the universe belongs to, this recognises that all things maybe viewed as systems with subsystems that interact with other systems. This thinking may be applied to every level of life. From this context, Evolution is defined as ever increasing complexity.

For this process to be most effective, a system will require a solid foundation or it will implode, much like our economic system, that persistently crashes and must regrow. For a system to succeed in its evolution, it must adapt and interact with its surrounding and inner environment or sets of systems to find a way to maintain a harmony as it evolves. Think of intensive farming practices that are utilised extensively across earth to supply food. The practices are well known to deplete the soils used, so destroys the sub-systems or the soils eco-systems, gradually turning rich soils into dust, which is useless for agriculture, let alone the other important systems or sub-systems within the soils.

Implicit within all systems is an intelligence.

You might think of this in terms of, anything that forms a system must be organised, systems that are maintained and evolve tend to be self-organised. The cells within your body self-organise to form all cell types and organs that form your physical body and they reproduce and regenerate to maintain your physical form. There is an underlying intention or thought that drives this. It is the same for all objects and all that forms the universe.

From this one may extrapolate from the evidence observed that there is an intelligence that has created an intention through the formation of the Universe.

But what is a universe and how can we better understand this?

Underlying the universe is a consciousness and we are part of it.

Quantum Physics shows this as the dark matter that fills the void, that underlies the universe. Dr David Hawkins of Power vs Force demonstrates through interaction with this collective consciousness that all information, past, future and present maybe obtained via a simple communication via a kinesiological response, that anyone with practice can do.

This in essence is a form of telepathic communication which is innate within not only all humans but all creatures. Dr Hawkins ran millions of kinesiological tests (muscle testing), with many people, providing a yes or no question in an envelope that testers could not see, the testers merely asked to provide the answer and supply it. All tests correlated the same response each time, taking it away from just statistical probability, as a means of getting the response to any question in a reproduceable way. Science always looks for what is so and what is repeatable. What is odd is that, although he was well recognised, publicly and in his field most of the work he produced is not adopted fully, even though it is all quite useable and accessible.

Another demonstration of telepathic communication that all people utilise unwittingly are “intuitions”. If you look up the definition of the word and take time to notice them, they are always a communication to you. That means they are from something or someone else.

If you take time to notice the content of an intuition, it is information you did not know before about something. This you can observe for yourself.

All humans are psychic or telepathic, yet it is clear that some have it activated in them more than others, so it is more obvious to those with more, that they are.

If you take the Cambridge Dictionaries definition of telepathy, “the ability to know what is in someone else’s mind, or to communicate with someone mentally, without using words or other physical signals”. One may infer that communication is direct, through the medium of consciousness. All thoughts and communications are within the realms of what we call consciousness.

Consciousness permeates everything in our Universe and is present outside of what we refer to as space and time as well, this may be understood when you understand that time is merely a perception we have in our awareness. According to physicists a moment is a discrete packet of energy or as quantum physcists identify, energy may be viewed as “information”. Hence a moment is a discrete packet of information that is and has been identified in many different ways. The analogy is to understand that each moment in perceived time is like an image on a film real, so we jump from one image to the next in our awareness. Each film frame is a complete shot of the universe in that instant.

To really appreciate and know this, you will need an understanding of the science behind it and high level mathematics. For me the mathematics is too tricky, so I rely on others that have this level of understanding to translate to us and rely on.

With a decent group of testers, using the data mining method of Dr Hawkins is a discernable way to evidence this as well.

For me, I know this universe is a construction of the collected consciousness, which is often termed as the creating deity, by many religions, by whatever name. Everyday, I receive signs that the universe is a technological construct by this collective consciousness that we are small individualised parts of, playing out scenarios that have been preconceived or programmed in, like a sort of computer game or more accurately a device running scenarios, by the following facts that are demonstrated to me daily now:

I have conversations daily with others or observe conversations with others in my interactions. Between 2 to 4 times a day as these conversations get to the core point of the communication, if the radio is on in the background or television or the computer is playing some music or a documentary is on, at the moment the key point of the conversation is delivered it comes from the TV, the radio, the music lyric, whether live or pre-recorded. It may also be from signage in the street as I am walking along, and my attention is drawn to it at the perfect time.

This has been persistent since 2018, becoming increasing frequent. It would require being able to pre-plan a mind boggling amount of information to time everything perfectly, as it can be anywhere and at any time, but is persistent daily and doing the maths, averaging 3 times a day that’s over 3000 times over 3 years.

Who would bother, or who could bother to that level of detail? Remember there is some stuff on TV or radio pre-made and other programmes running live that words are serendipitously taken from.

For this to occur once or twice maybe confused or imagined as coincidence, however coincidence does not exist.

In my life I have the perception that we are free to choose how we respond to events that occur. The fact that each moment in the universe is effectively a projection of a set of static choices made from the previous snapshot, with a new decision to be made for the next moment. This displays a system that explores choices according to parameters or the physics or programming that underlies the universe and its intention.

What is the Intention for Us?

If we are players in the universe running the programme, because it is a programme as there are set parameters that govern reality and we know what the purpose is, which is to Evolve, how do we fit in?

Programmed into all people I know and including myself are emotions, this again is highlighted and nicely illustrated by Dr David Hawkins through the Map of Consciousness. Emotions are propulsion particularly through their correlated sets of feelings. Emotions move us from A to B, either as an away from direction or towards. This is represented by the Fear range (away from) or Love ranges (towards). The Map of Consciousness charts the ranges. From birth or when we come into existence they are available to be utilised.

Another way to look at emotions, like fear, anger, love, joy and peace, are that they are perspectives. Perspective in essence are sets of beliefs or programming.

The word spiritual at it’s essence, maybe defined as “of innate beliefs and feelings”. From this definition if you imagine that when you come into life there is pre-programming already available, like the emotional ranges providing the capacity to feel.

Innately all steering for those with feelings is to be happier in life, have more love to have an existence that is fulfilled. On the Map of Consciousness this charts to Joy, Love and peace as the emotional perspectives that steer us. It is well known that all thoughts are designed in someway to make you happier, as to whether this is practically realised or not is another matter and hence my focus on Self-Actualisation and how to actually achieve this systematically and practically.

A relationship founded on love will stand stronger and longer than one that is not. Our societies allude to this thinking, but it is not concretely practiced or realised at every level of society. And the result is the rise and fall of little empires, economies, businesses and the people they serve are not able to truly benefit with the prosperity of what all innately desire, the love the joy and fulfilment.

Perhaps one could consider this as being out of spiritual alignment, and to come into alignment would enable us to thrive or Self-Realise.

Everyday, I am reminded of the simulation we exist in. That is through my conversations and those of others and seeing or hearing the core points of the conversation embedded and highlighted to me by seemingly a random thing I glance my eye over or hear at the perfect time.

To me it demonstrates sets of events that have been predetermined, and there is an intelligence guiding my apparent free will or random conversations that can manipulate circumstances to easily run these serendipities. A controller, that knows how to manipulate the programming. Is it the master programmer or another player I am not 100% certain, but it has communicated it wants the best for itself and we as players are all parts of that larger self.

This controller has the capability to accurately plan events, it can peruse the lines of our existences and all the complex interactions that it can manipulate with ease. Pre-arranging is not just of me, but whole swathes of people that come into my sphere of awareness through actions they have made. When my attention is drawn to the key message to be delivered, my conscious attention is shifted to it and at times with the other person I am in conversation with.