Good Governance: What is the purpose of the UK Government? 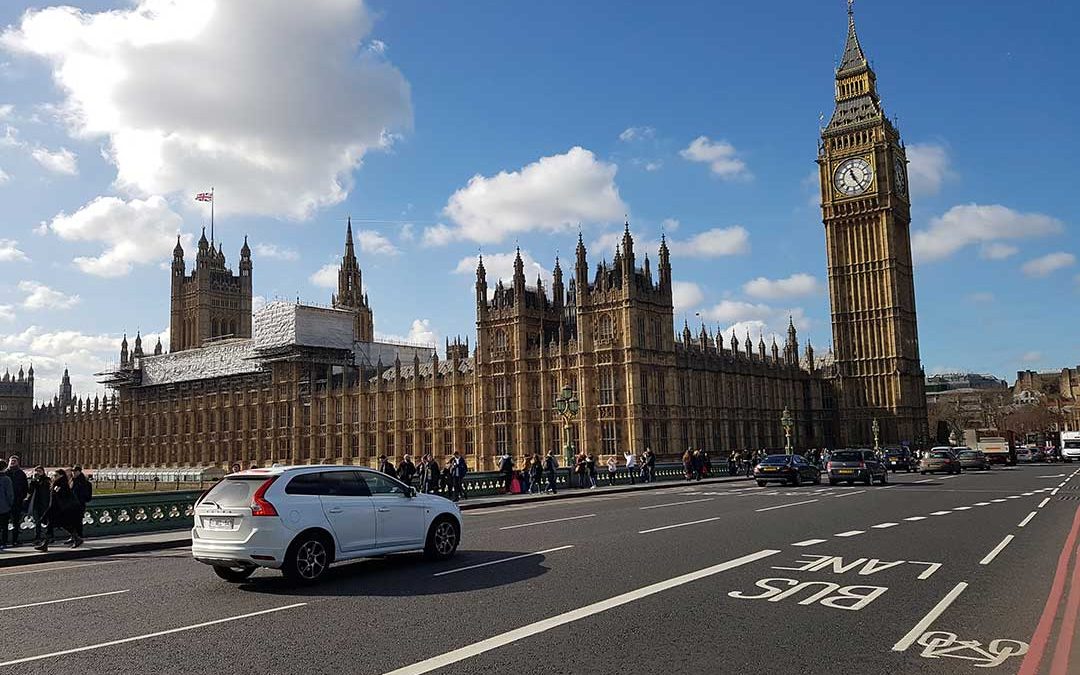 There is no clear purpose or aim for government defined by the UK Government currently or House of Lords. The government steers the country and the House of Lords reviews, contests or supports what the Government is doing and this is part of the process of governance the UK uses as a Constitutional Monarchy. So what are they trying to achieve? It is like steering a ship but not knowing where the destination is. Look at any annual report of a corporate business and there will be some kind of purpose or aim for the core business.

What are presented however, are a continuous flow of policies, but policies focused on what overall or overarching outcome that brings everything together? Simply look at the Governments page on How Government Works, this is the closest the UK government comes to state its aims.

I would suggest that, no matter what administration is in control of the Government their ultimate aim must be the same and one that is useful in allowing all policies decisions to be easily measured as to their significance.

So where is this aim stated and what is it?

The UK Government is a mess

If you have no unified purpose or aim how can you agree on what is best?

If there are many parties and trains of thought on topics presented to the government how do you then decide what is the right or the best way forwards?

Does the Constitution of the United Kingdom provide a clue?

The constitution offers a set of rules the political governance of the country adheres to, but it seems to be a set of adhoc principles put together since the Magna Carta setting out certain liberties (see Wikipedia). Covering:

These founding principles are fixes from within a problematic system, like plasters being used to try and fix a gaping wound caused by royal dictators.

These do not provide an overall aim.

A person is defined by their actions, so may a government be defined.

Lets take a quick look at what the government broadly looks after by examining the services they provide.

Clearly they are trying to support and enable society which is positive. Taxation is required to keep these services functioning and to supply investment into “regenerating policies”. The key services aimed at helping run what is deemed to be important aspects of the system, but to what aim or outcome?

The UK Government also communicates about kpi’s (key performance indicators), but these refer to serving its users and how well it does that. Again this is positive but does not allude to how that reflects the ultimate aim of government. It could mean how well it delivers it’s benefits to the categories of people that can claim them and this would be a sub-performance indicator.

What’s in the Policies and Budget

Policies, policies, policies are what the government create. An unending series of fixes to achieve Economic Growth and stability. Annually the government with the Bank of England put together The Budget a statement of finance for the country, to announce what is to be spent and variations on taxation, normally to deal with a deficit of income.

This forms the direction to maintain and grow the economy.

What is Maintaining and Growing the Economy?

A successful Government is said to be one that puts policies in place that safeguard the welfare of its citizens and allows the country to expand economically, through the production of goods and services, which forms the measurement that countries across the planet are compared. This measurement is called Gross Domestic Produce (GDP). GDP is utilised as a key measure of how successful a country is. The greater the output the better.

A thought, if the economy is the focus…

It would seem to make sense that, if a government could assist in making a country affluent, that it would improve the quality of life of the people it served.

This could be a good outcome.

To enable a better quality of life for those that the government serves. This would be a good aim.

So if this is the aim and I know it must be the aim, what has gone wrong?

Whom is the government actually serving? The politicians stay in power by getting votes, to get votes they need funding and that is by business, privately through donations (no strings attached) and publicly (20% corporations tax, VAT etc, will I as Mr Corporate decide to declare tax in this country still if the tax is too much or I will avoid it (which is legal) on my tropical island). To get votes they need policies in a manifesto funded by business that also needs to excite voters in the general public. So what is going to grab the attention of the public to get their vote? Perhaps, getting rid of all these 10 illegal immigrants that have come unwanted into our country desperate because they have been shot at and threatened in their homeland and can’t get refugee status due to bureaucratic technicalities (whatever happened to “love they neighbour” or the “Good Samaritan”). Then slip in a policy for HS2 (the new highspeed rail network) that guarantees more jobs but also stimulates business in certain areas particularly for certain parties and the general public get a fantastic new service, which seems like a Win, Win, Win.

Then there is the question about how is quality of life measured?

If you take quality to indicate how good something is, then how good is your life?

How Good is Your Life?

Now we are getting to the “nuts and bolts”. The economy is measured by “the powers that be” by GDP. This measurement is a statement of output of goods and services by the whole country over a set period of time, say a year.

This focuses everything on Materialism and consumption, that is focusing on having things, the new car, larger house, the latest smartphone, as the ultimate outcome.

Could our country, my country be construed as a production line, seeking continual Market Growth and increasing Profits? This would equal more employment available, better wages. Education of the young that helps feed the production line and at the end of the life cycle, almost as an after thought a pension.

A pension means you can, if still able, relax and enjoy what is left of your life. But consistently your pension on an annual basis is eroded by changes.

Changes may occur in government or in the pension schemes to harvest more profits or to cover losses from poor investments made by the pension companies. Or it maybe that you end up assisting your disenfranchised grandchildren finding it difficult to make ends meet and find their path in life.

As that older person facing your pending demise, you look back at your existence and ask yourself, “what would I have wanted more of in my life?”

The answers are invariably the same, more happiness, more love and that would have brought more fulfillment.

This is really how you know how good your life is and has been. So a measurement of how much happiness, love and fulfillment you have had would be more meaningful.

So far, I have not observed a clearly stated aim for government in steering its function on the Governments website, where it should be. I have not observed it reflected by the House of Commons that overlooks the steering of the country to make sure everything is on track. So the question is, on track to what?

Historically, since at least the introduction of Magna Carta (1215 AD) there has been nothing defined or stated as to the overall aim of Government, which has slowly evolved from the Rule of One to a more Democratic process, with broader representation of the population. I am still uncertain as to the overall aims of the earlier Monarches let alone the current system.

Reflecting on what a government actually does, would indicate a hodgepodge of ideas and policies actioned, but generally either to keep politicians in power and grow and stabilise the economy as this seems to be the answer they yearn for. An economy measured by Gross Domestic Product ultimately, focused on effectively materialism serving primarily those that gain the most from this.

To me this all equals confusing mess, that cannot be sorted out. It has produced, disparity. Disparity in income, if consumerism and materialism are our ultimate aims and disparity in the quality of life and most importantly disparity as to how the government should prioritise its focus, to the detriment of all that it serves.

Government and its governance can only be a body without a head in this situation.

An Offering: What Might a Great Aim Be for Government?

A stiff upper lip, hide your feelings is the British way or so they say. The point is; one must not forget your feelings.

Innately all human beings desire, to have more happiness through their lives, more love and to feel fulfilled.

This is something, everyone could agree on, which is a great way to start.

Why not focus on this as the ultimate outcome or aim for all people in all policies constructed. The process of doing this is called Self-Actualisation. How you self-actualise is by focusing on the emotional outcomes first in your life and all you do is apply that focus to all your thoughts (choices, decisions, policies) to bring happiness or Joy to all parties involved with that thought. Then any actions taken as a result must be actions considered or measured as loving actions to all. You can see an application of this thinking in my article, redefining economics to joy economics.

Self-Actualisation is “to re-create ourselves a new in every moment towards our highest desires and intentions, a continuous process of conscious evolution.”

Someone that is deliberately Self-Actualising would aim to be in the emotional ranges of Joy, Love or Peace day to day, aiming to exist in peace and harmony with all others, within themselves, and the environment we live in. And continuously creating and working to realise their highest desires and intentions.

To this end I would propose that the Aim of the UK Government and any other Government might be:

To enable most efficiently the Self-Actualisation of its citizens with awareness and responsibility of their environment, enabling them to exist with their own Personal Freedom in peace and harmony with all.

The result of this type of approach, would be to take away the primary focus on materialism, to having a much happier society, that would have open borders, exist in harmony with the environment and business would be formally focused on bringing joy or happiness as its ultimate aim, with whatever it does.

Photo by Oltion Bregu from Pexels