Comparing the Differences between Traditional, Buddhist and Joy Economics 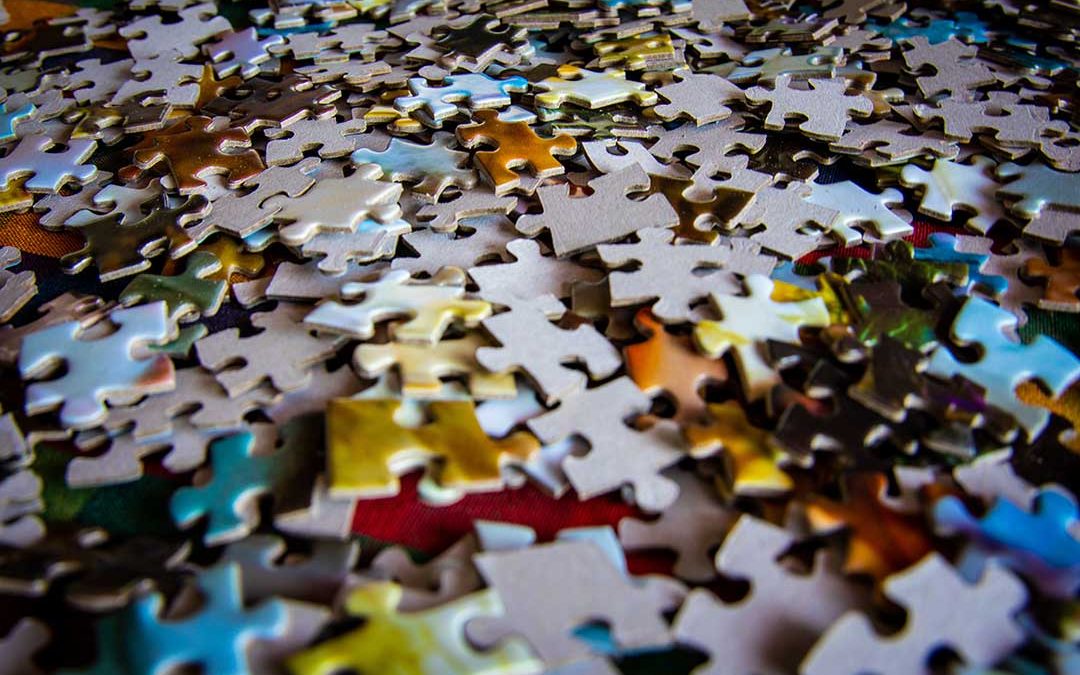 (Extracts from the Wiki are in italics as I run through the comparison.)

There are a number of differences between traditional economics and Buddhist economics.

Joy Economics focuses on being completely and utterly selfish and self-serving towards a life with abundant happiness, love and fulfilment. To do this, personal responsibility must always be taken towards what is happening and steering it towards the emotional benefit of all, joy and love. This is done with practicality in all situations which is vital component. Through serving the self – utterly selfishly where an individual exists with others, the most practical way to create more happiness and love in your existence can only be to extend this to others and the environment. The rationality behind this is, that it implies consideration. If you go out to hit someone, they are likely to return that. If you desire to be happy with others and loved it is practical to strike others with that, so they can reciprocate. The notion that human beings are homines reciprocantes, or tend to reciprocate, I personally believe is not exactly true as a child must learn this behaviour, as we always have the choice of not returning what is given and giving something else, like love. And this is reflected by current economics. For example, commonly man, particularly man as corporate man does not return what is given by the environment, even if it is perceived as sustaining his business and wellbeing. Look at soil erosion and food production as an example. Our planet is in dire short supply of quality top soil for food production. This would corroborate the notion that Selfishness and an opportunistic approach to ethics is not a mixture to bring joy and love to all unless this where deliberately sort.

Though Buddhist Economics states that generosity is a viable economic model, for Joy Economics it is generosity focused on bringing Joy (happiness) to all concerned in the intent and Love to all concerned in the actions, so similar in this respect to the Buddhist way. But really Joy Economics takes both Selfishness to produce Anatta, by focusing on the emotional outcomes as the priority (highest desire), peace, joy and love.

Joy Economics focuses on bringing Joy to all, through love and peace and happiness and passion. Through this approach suffering is elevated through to an existence of permanent Self-Actualisation, continuously creating and realising ones highest desires and intentions. Joy Economics refocuses the Traditional or currently accepted interpretation of Economics to move it away from scarcity management and materialism as the outcome to resourcefulness and Joy as the outcome. This means that profits must be maximised but in such a way that they are the result and reflection of bringing Joy to all (including the environment) and not for profits sake. In Joy Economics currency will reflect amounts of happiness. Joy economics also aims to maximise individual gain, this is gain in happiness and must be happiness in all concerned with an enterprise to provide the best results.

Whether humans have a greater sensitivity to loss than gains is a misinterpretation by Buddhist Economists. From a Joy Economics perspective enabling society to Self-Actualise, loss is a strong fear driven propulsion for survival and should elevate the emotional level towards joy. The Gain motivation would be more directed at materialism as an outcome, not a propulsive attraction to something that perhaps a feeling of passion would create a strong drive for. It would be more enabling to view Economics as a process to enable man to gain more or abundant happiness, love and fulfilment as ultimately this is an innate desire within all human beings. Buddhist Economists in this respect seam to still be focused on scarcity as opposed to resourcefulness and enabling Joy rather than materialism. Ending Suffering should lead to Happiness.

Joy Economics enables Self-Actualisation. A society that creates and realises its highest desires and intentions continuously. In order to do this one must refocus their top 3 highest desires to Joy and Love and Peace emotionally, so that all that a Self-Actualised society would do would be to bring about or realise this intention or desire.

The desires of materialism, which traditional economics focuses on are simply more things as the highest desire.

Buddhists Economics wants to simplify the importance of the desire of things as it recognises that things do not bring happiness. This thinking is not clear enough, though I suspect it alludes to the same as Joy Economics.

Joy Economics incorporates Self-Actualising thought processes for all actions. The model applied to every situation to create the optimal outcome desired by deliberately Self-Actualising individuals are the use of the Tools of Creation focusing bringing Joy to all for any desire, intention, choice or decision and resultant actions aim to be considered loving actions to all concerned. This requires the use of Honesty, Responsibility and Awareness mixed with practicality throughout.

The outcome of this thinking approach is to always consider all that are affected by this intention or desire and environment to the best of ones ability given the information to hand and the aim is to realise Joy with love and peace as the successful outcome for all concerned, whether immediately or ultimately.

With regards to non-violance and profit maximisation. Violence could be used if it was the most practical route to expediting Joy to all in a particular situation, which may seem odd to say. The key to understanding this is to appreciate that there are 2 key emotional ranges, fear based and love based or away from or towards propulsions. Both are engineered to maintain self love. One way to view the emotional spectrum is as a means to elevate yourself upwards from fear based emotions, like hatred, anxiety, anger towards and into the love and high range love based emotions, joy, peace and love.

With regards to profit maximisation, this should be done with Self-Actualising outcomes in mind. So Joy to all as an outcome instead of materialism in pure consumerism as the outcome. There is nothing wrong with having things, but you could at least really enjoy them.

Joy Economics focuses on individuals maximising their potential as it is a structure to support Self-Actualisation. The Societal Structure or Economy is aimed at enabling this for all. Essentially the desire or outcome desired is abundant happiness, love and fulfilment. Happiness being a feeling of Joy, Love a feeling of love and Fulfilment a feeling of Peace. These are the targets and can be quantified by how much time is spent feeling them and intensely or at the very early stages the emotional progression to achieving this. This process can be permeated through all aspects that structure society, bottom up and top down.

Joy Economists believe that whatever brings the emotional outcome in a Self-Actualising way is fine, large or small is not appropriate, it is whatever is viable and practical.

Joy Economics would be measured by how many are Self-Actualising and the percentage of time spent deliberately self-actualising. Then the amount of individuals existing in their target emotional ranges and to what intensity and duration. You could use GNH as a litmus test but certainly not GDP which reflects materialism.

Buddhist economists believe that as long as work is considered a disutility for laborers and laborers a necessary evil for employers, the true potential of the laborers and employers cannot be achieved. In such a situation, employees will always prefer income without employment and employers will always prefer output without employees. They feel that if the nature of work is truly appreciated and applied, it will be as important to the brain as food is to the body. It will nourish man and motivate him to do his best. According to them, goods should not be considered more important than people and consumption more important than creative activity. They feel that as a result of this, the focus shifts from the worker to the product of the work, the human to the subhuman, which is wrong.[3]

Joy Economics would concur with this thinking and go a step further in enabling Self-Actualisation which would encourage passion for all of life.

According to them, people are unable to feel liberated not because of wealth but because of their attachment to wealth. In the same way, they say that it is the craving for pleasurable baubles and not the enjoyment from them that holds humans back.[3]

Joy Economics would also steer peoples attachment to materialism and back towards, being happier, more love and fulfilment in life. You get what you focus on.

Joy Economists would measure the Quality of Life by how much Happiness (Joy), Love and Fulfillment (Peace) are present in peoples lives.

From the point of view of a Buddhist economist, the most rational way of economic life is being self-sufficient and producing local resources for local needs and depending on imports and exports is uneconomic and justifiable only in a few cases and on a small scale. Thus, they believe in economic development, independent of foreign aid.[3]

The Joy Economist aims to eliminate foreign or international boundaries or us and them, for a single inclusive culture aimed at Self-Actualisation. As a single culture or society, the aim would be to eliminate poverty physically and mentally, reducing the cost of basic living to nothing so all could want for nothing. This would help create equality of opportunity as it would be easier to focus on creating and realising your highest desires and intentions. The intended result of this, corruption would not be a requirement of the impoverished, life is immediately comfortable so creativity and resourcefulness maybe properly developed to serve society as these are the ultimate tools for enabling practicality or doing anything.

Buddhist economics also gives importance to natural, renewable, and non-renewable resources. They feel that non-renewable resources should only be used when most needed and then also with utmost care, meticulously planning out its use. They believe that using them extravagantly is violent and not in keeping with the Buddhist belief of nonviolence. According to them, if the entire population relies on non-renewable resources for their existence, they are behaving parasitically, preying on capital goods instead of income. Adding to this, they feel that this uneven distribution and ever increasing exploitation of natural resources will lead to violence between man.[3]

The Joy Economist would go a step further and encourage the release and development of Free Energy devices of which there are many since the time of Nicolas Tesla to enable a Self-Actualising society. There has been no need for fossil fuels ever.

They also believe that satisfaction need not necessarily be felt only when something tangible is got back in return for giving something or something material is gained, as stated in modern economics. They say that the feeling of satisfaction can be achieved even when one parts with something without getting anything tangible in return. An example is when one gives presents to their loved ones simply because they want them to be happy.[2]

The Self-Actualising person understands that the culmination of Joy and Love breads fulfilment when enacting a desire. Take making love as an example, the thought or desire between consenting parties is certainly one of joy to all concerned. The Act is certainly a loving action. And the climax, the peek of joy brings that sense of fulfilment or peace. This principle can be applied to all of life.

Photo by Magda Ehlers from Pexels